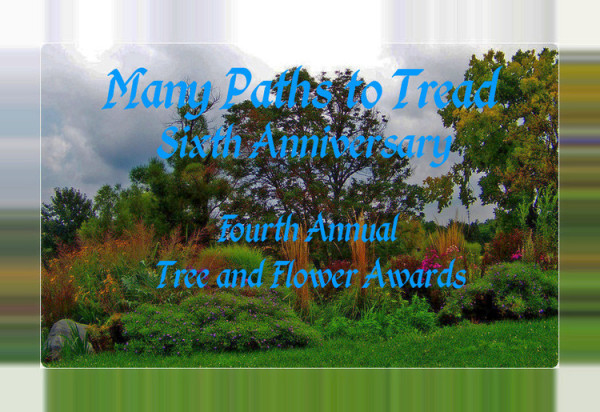 The polls for the Many Paths to Tread 2015 Tree and Flower Awards are now open.

Below the cut are all of the eligible nominations. There were still a few duplicates and previous winner nominations that had to be cut, and also we had to change some of the nominations into a different category.

There was only one nominations in Characterization: Theoden. "Dogs of the Golden Hall" by nautika was moved from the Characterization category to Genre: Alternative Universe.

There were several changes to the various Art subcategories. Some of the pieces were not in the sub-category for which they were nominated; moving those meant that other sub-categories had to also move to keep others viable. So here is how they were shifted: "Polymer Clay Projects" by Dreamflower was moved to the Traditional sub-category; "Probably Ritual" by Rhymer and "The Elder Oak" were moved to Special Categories: Favorite Illustration of a Story; and the subcategories of Digital and Photomanip were combined into Art: Digital or Photomanip. This left only two in the Mixed Media subcategory, and since neither of those were traditional they also were moved into the Digital or Photomanip category. This was not ideal, but it was the best way we could think of to shuffle them around. So if you were the nominator of any of these, that is why you will not find them where they were originally placed. It did end up with a person having two nominations in the same sub-category, however that was a mod decision and not their fault.

The nomination list is posted here with the links to the stories. If you want to read a story before voting, you may use these links. The poll did not allow for us to incorporate links into the ballots.

Many Paths to Tread 2015 Tree and Flower Award Nominations
Collapse