Author: Dreamflower
Title: "How to Make Gandalf the Grey"
Rating: G
Theme: January Potluck
Elements: Non-fiction, August
Author's Notes: This article took me forever to format as it is so image heavy. However, I finally got it up correctly. At one point I even had it posted prematurely before any of my text was in place (my apologies to those of you who saw it and perhaps wondered why it vanished.
I'd hoped to do three things for this potluck. Who knows, maybe I will get the other two in after all.
Summary: A tutorial on how to create a polymer clay sculpture of Gandalf.
Word Count: 2,790

This is a polymer clay figure of Gandalf that I recently built; I thought it would be fun to document the process and make a tutorial for anyone else who would like to give it a try. 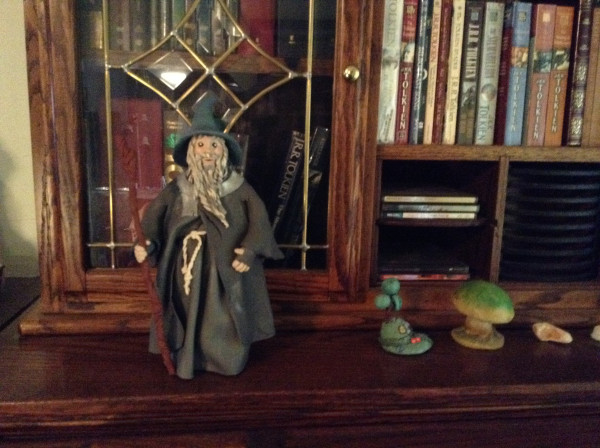